It hardly seems possible that my oldest son is 26 years old today. I'm so proud of the young man he's become. Below are a few photos I thought I would share you all of you ... the first two are scanned images and I had a tough time trying to size them :(

Chris was born in the early morning (1:10am) on Mother's Day (1982). What a wonderful Mother's Day present he was!! I have to share one of my favorite stories of that day with you. My parents invited Terry, back to their house for breakfast that morning. They were sitting and chatting about Chris when I mom said Terry got a very strange look on his face. Mom asked him if he was ok .. Terry turned to my dad and said, It's Mother's Day and I have got to get flowers for Michele. Dad looked at Terry and told him that all the florists would be closed, it was Sunday and if they were open it was because they were delivering flowers on that busy day, besides, you know Michele will understand. Terry was just not buying it. Mom looked at Dad and said Can you please just take him somewhere so he can get some flowers. Dad took him to the local florist, which was indeed closed .. but there were a bunch of employees inside putting together deliveries. Terry walked up to the door and kept knocking on it until the manager came to the door. He explained they weren't open for business. Terry explained that his wife had just had their first son and he really needed flowers. Dad said the look on Terry's face was priceless and the manager opened up so he could purchase flowers for me. I was very surprised when he brought in the flowers and loved hearing the story later from my mom .. it was such a sweet thing for them to do. 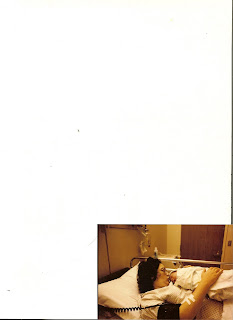 This is my mil, Gin, with Chris when he was just a few days old. Chris was the first grandchild on both sides of the family. He had four very loving fun grandparents that he was able to spend time with throughout his growing up. Both grandmom's are gone now .. but Chris was very blessed to have had lots of years with both women. They were a very important part of his life. 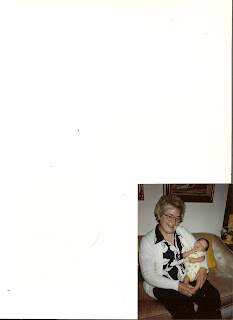 Here's a picture of Chris and I taken at his first visit to Disneyland .. what fun times :) 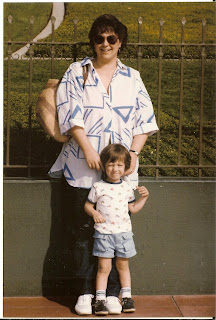 Legos and cars .. all boy .. and his love of both never lessoned over the years. I didn't have a dining room because a lego town started to grow and continued to live on the dining room table until he was about 13. After that the lego town moved to the finished den, where even at 14 or 15, Chris and his friends could be found upgrading lego town. 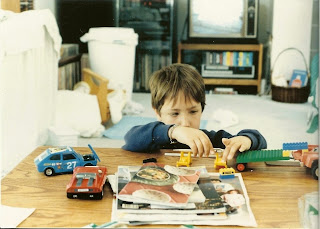 From little boy to a senior in high school, almost over night! Besides cars and legos, Chris has always had a passion for music and books. From fifth grade through his senior year in high school he played the violin. He has a wide range of music he enjoys, from the classics to ska and everything in between. 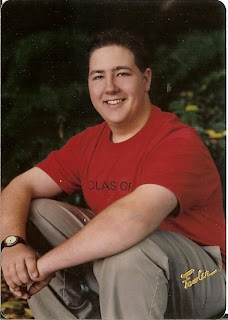 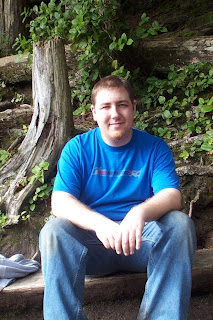 I really like this picture of Chris and Monica, taken a couple of years ago. Chris met Monica at Washington State University (WSU). Chris was lucky to find a girl that understood his car obsession and actually learned a lot about cars while dating him. They both enjoy the outdoors, camping and hiking. 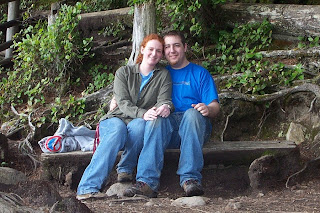 This motely crew are 3 of Chris' best friends .. I think these 4 will be friends throughout the years. They have all been through a lot together, and separately, but still remain very close. Chris has know Derek (far left) the longest. Derek was 2 when we moved in across the street from his family, Chris was 5 at the time. Jay (next to Chris) and Sean (far right) are friends Chris met in high school, in the music program. I love that my son has learned to cultivate good friends .. it's not always easy for guys, or for girls for that matter. These 4 definately have a lot of history together .. the older they get the more we learn about what they really did when they were in high school! Sure glad I didn't know a lot of that back then! lol 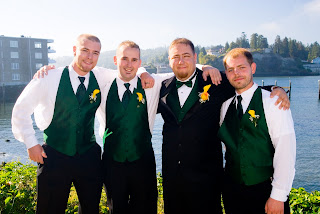 The other love of Chris' life .. his car. A 1986 Subaru wagon that my dad sold him when he was 16. We sure didn't know at the time what a monster was being created .. Chris went from a kid with some interests in cars, to a boy totally consumed with all the modifications he could do to the car. Within a year of purchasing the Subbie, he lifted it, joined an off-road Subaru club and has enjoyed the mud ever since! lol At the current time he also has a Subaru turbo WRX 1993 (I think), and a Subaru Brat (can't remember the year) that he has stripped down and is rebuilding (in our garage cause they don't have one! lol). 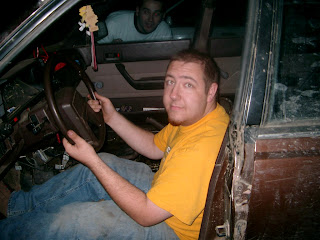 and when the Subbie isn't off-roading in tons of mud .. it gets cleaned up all pretty for car shows. 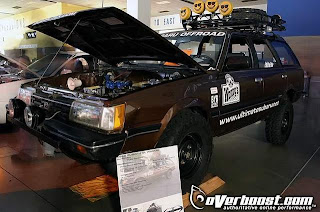 A very happy birthday to Chris!! What a wonderful series of pictures to share with everyone.

I found your blog, read your mail and wil reply tomorrow. It's 11 PM here in The Netherlands, my bedtime ;-)

Happy birthday to Chris! He would get along well with my 18 year old son Drew. He too has an unbelievable passion for cars and motors and has decided to study mechanical engineering in college next fall!
Oh, the joy of boys (I have 2)!

I enjoyed reading this post! Happy Birthday to you DS :)

Oh my goodness, Michele, how unique and wonderful to have your baby on Mother's Day! And what a wonderful tribute to a very-much loved son! :D

Michele than you so much for sharing these photos with us. He is a fine young man.

Happy Birthday to your son and Happy Mother's Day to you! What an amazing Mother's Day gift you received 26 years ago!

What a great tribute to Chris, the pictures were wonderful. Happy Belated Birthday wishes to him.
Sue 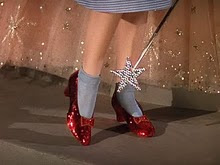 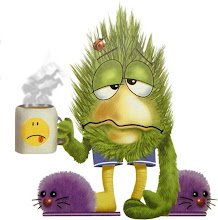 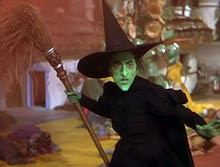 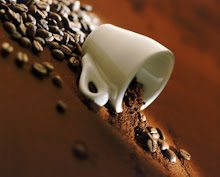